Spensa’s father did something unforgivable and now she and her family have been marginalized from the rest of the community. Spensa wants nothing else than to follow in her father’s footsteps and become a pilot, but no one trusts her to not repeat her father’s mistakes and she must constantly prove herself to everyone.

The story started out a bit slow and didn’t pick up until the second half, but Spensa is such a special character that I really enjoyed reading from her POV. Because of her father’s actions, her and her family have been marginalized by the rest of the community and this has made Spensa very unique in her personality; she has not been able to enjoy the privileges one who is the daughter of a pilot should receive so she has grown thick skin and is a fighter.

Even though everyone is against her Spensa makes it into flight school, but once there things don’t get any easier. The director of the DDF, Ironsides, wants Spensa to quit and makes her living arrangements very complicated. Having a grown woman act this way towards a kid seemed very petty. I couldn’t stand the lady! I must say, people thinking being a coward is hereditary(?) and making Spensa’s life so hard all the time seemed a bit unreasonable at times…

Spensa becomes friends with some of the other pilots from her class but I don’t feel like I connected with any of them a lot (however, there are a few I am excited to read more about in the next book). They spent a lot of time training and learning about their ships and sometimes the descriptions of flying procedures and techniques dragged out for too long. I think the book could have been a bit shorter. Or at least where the flying lessons are concerned.

The highlight of the story for me was actually M-Bot, an AI-drive ship. I won’t say much about it because of spoilers but he gave me some serious How to Train your Dragon feels. He added some lightness and humor to the story while aiding the philosophical conversation on what makes a coward or a hero, and the difference between humans and AI’s.

“Good night, sweet prince,” M-Bot whispered as the junk crashed to the ground. “Or princess. Or, most likely, genderless piece of inanimate space junk.” – M-Bot

“I’d be offended if I could be offended,” he said. “Maybe I should start calling you a cow, since you have four limbs, are made of meat, and have rudimentary biological mental capacities.”  – M-Bot

Overall, I really enjoyed the book. The ending was really good and it really surprised me! With everything that has happened, I have high hopes for the next book! 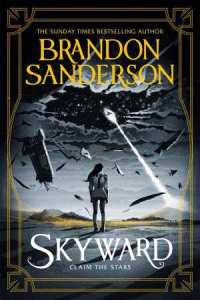