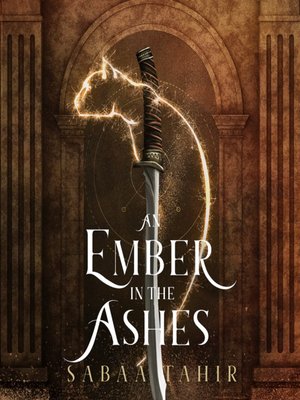 Title: An Ember in the Ashes

Series: An Ember in the Ashes #1

Followed by: A Torch Against the Night

Laia is a scholar. Scholars are oppressed and enslaved (if not murdered) by The Martials, who are led by their Emperor (The Empire) with his Blood Shriek always by his side. Elias is a Martial. He was taken at the age of 6 and forced to train to become a killer, but he does not want to accept this future and has a plan to escape. The Augurs are 14 immortal men and women who have the gift of prophecy and know the Emperor will be killed marking the end of the Taius Dynasty. For this reason, they founded the school to train Martial warriors, so when the right moment came, they would be able to hold trials and select a new Emperor.

Now that Laia’s brother has been taken by the Masks, she has accepted to infiltrate the Empire’s military academy and spy on them to report back to the resistance to get her brother back.

Ok first of all, Sabaa how dare you? That cliffhanger? Why do you want to see us suffer like this?

I am surprised I didn’t have a cardiac arrest because it was pure angst from beginning to end. This book has zero chill. Things are happening absolutely all the time; like can we please just stop for a second and breathe? I didn’t even have time to mourn!

Where do I even start? The characters, I love them all! The main ones are Laia, Elias, Kheenan, and Helena, but all the other characters are just as important and complex as the main ones.

On one side we have Elias and Helena. They were both captured and brought into the school at the same time to become masks and became best friends. However, there is an important difference between them: Elias is haunted by the things the Masks do and he does not want to be part of it, while Helena on is loyal to the Empire.

Elias understands what’s at stake for him and his family if he runs away or goes against the Empire, but he is set on finally doing the right thing and nothing can change his mind. Elias is a teddy bear with weapons. He is so unselfish and such a sweetie, even if he could kill you with his bare hands. I love him.

Helena is very interesting and complex. She doesn’t seem to be as bothered with the Empire’s oppression of the Scholars but her loyalty to Elias, which is admirable, influences her decisions, even if they go against her colonial mentality. With this being said, in this first book we already start seeing some personal growth in Helena and I am sure that if we read the story from her point of view it would be a great one (and also we would think Elias is a douche).

Kheenan is part of the resistance and all we know about him is that he lost his family when he was young and that he is gorgeous with red hair and freckles. He becomes Laia’s contact with the rebels.

And finally Laia. LAIA IS AMAZING. Honestly, I am usually not a fan of weaklings but she is not weak, she is realistic. She is scared shitless yet she still goes through with her tasks even if her whole body and mind are telling her to turn around and run. Like with Helena, we see a lot of growth in Laia.

An Ember in the Ashes is a world so complex and magical that I can’t wait to see what the other books have in stored for us. 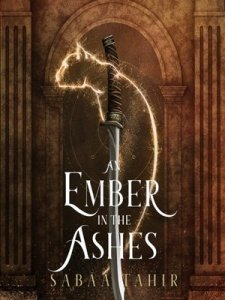